In contrast to other objects, which stand more for themselves, the textile expresses itself by a constant relationship to the underneath and the surrounding. It is shaped, changed, moved by what surrounds it. Thus, it is not possible to detach the textile from the space and, with constant change, it must be considered with the surroundings. This aspect becomes more acute in textile which are worn on the body. They are moved, warmed, moistened by the body underneath. As a result, the relationship between body, human and textile represents a central question of the present work.
First of all, the needs and requirements of people for the textile surrounding them were defined. For this purpose, I analyzed the relation between body and textile in a visual way. Therefore, I took a look into the shape of the human body and visualized its different forms in motion and volume studies. It became visually apparent how the body of the human being is shaped, and which space a body can occupy by means of its movement. In the following, the textile itself and its production process were analyzed. I explored experimentally, how textiles can be designed to change the special impression and the movement of the human. In material studies methods of production could be found in which the changes of this visual impression can be influenced and changed. 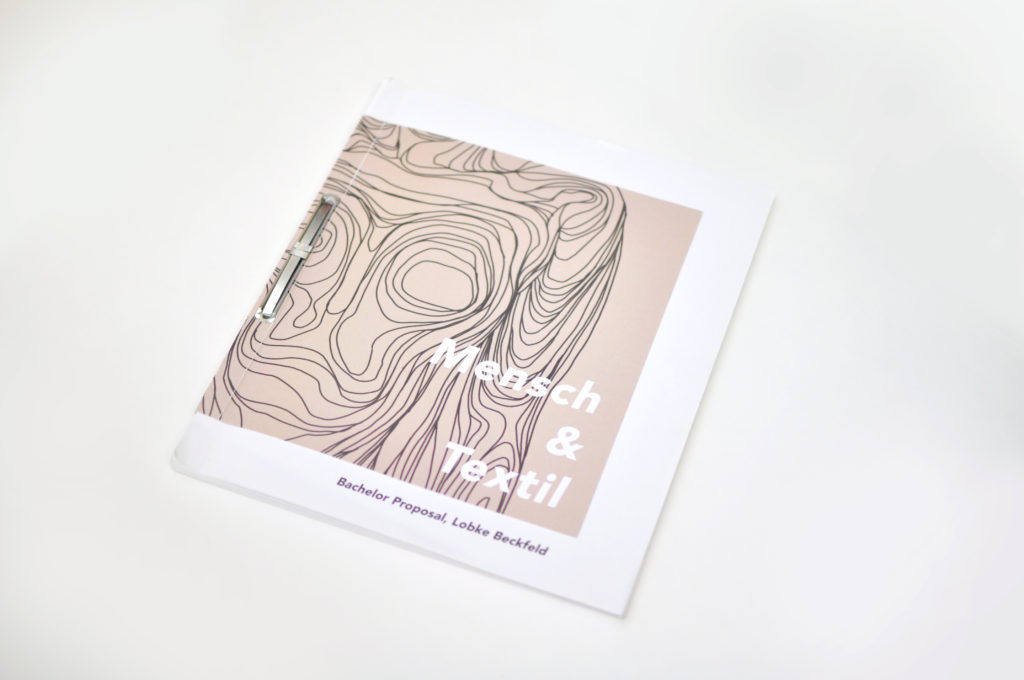 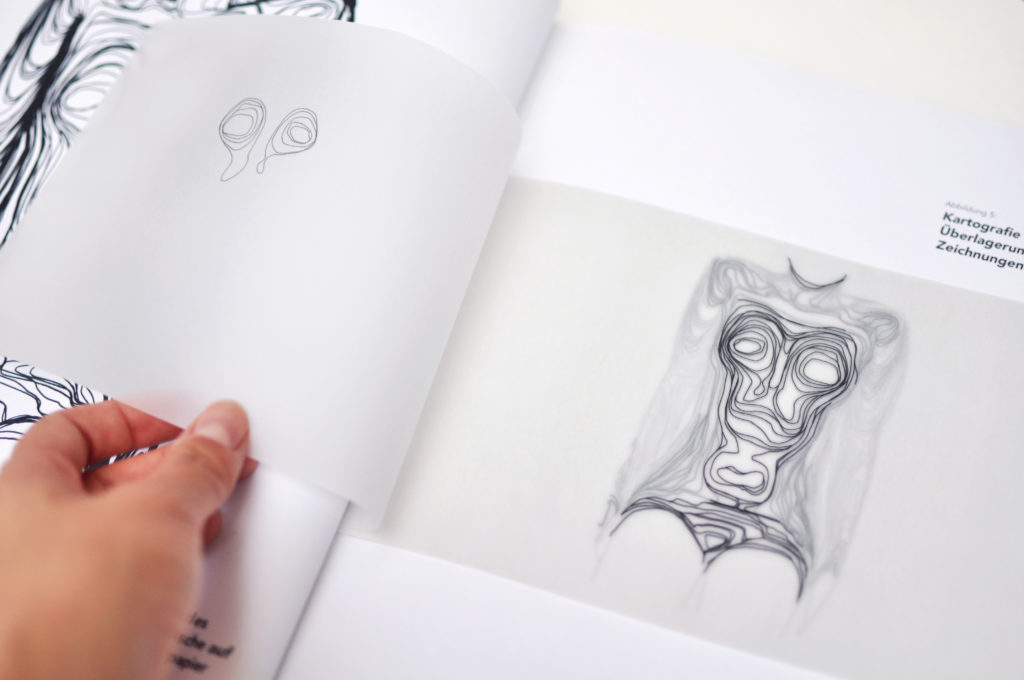 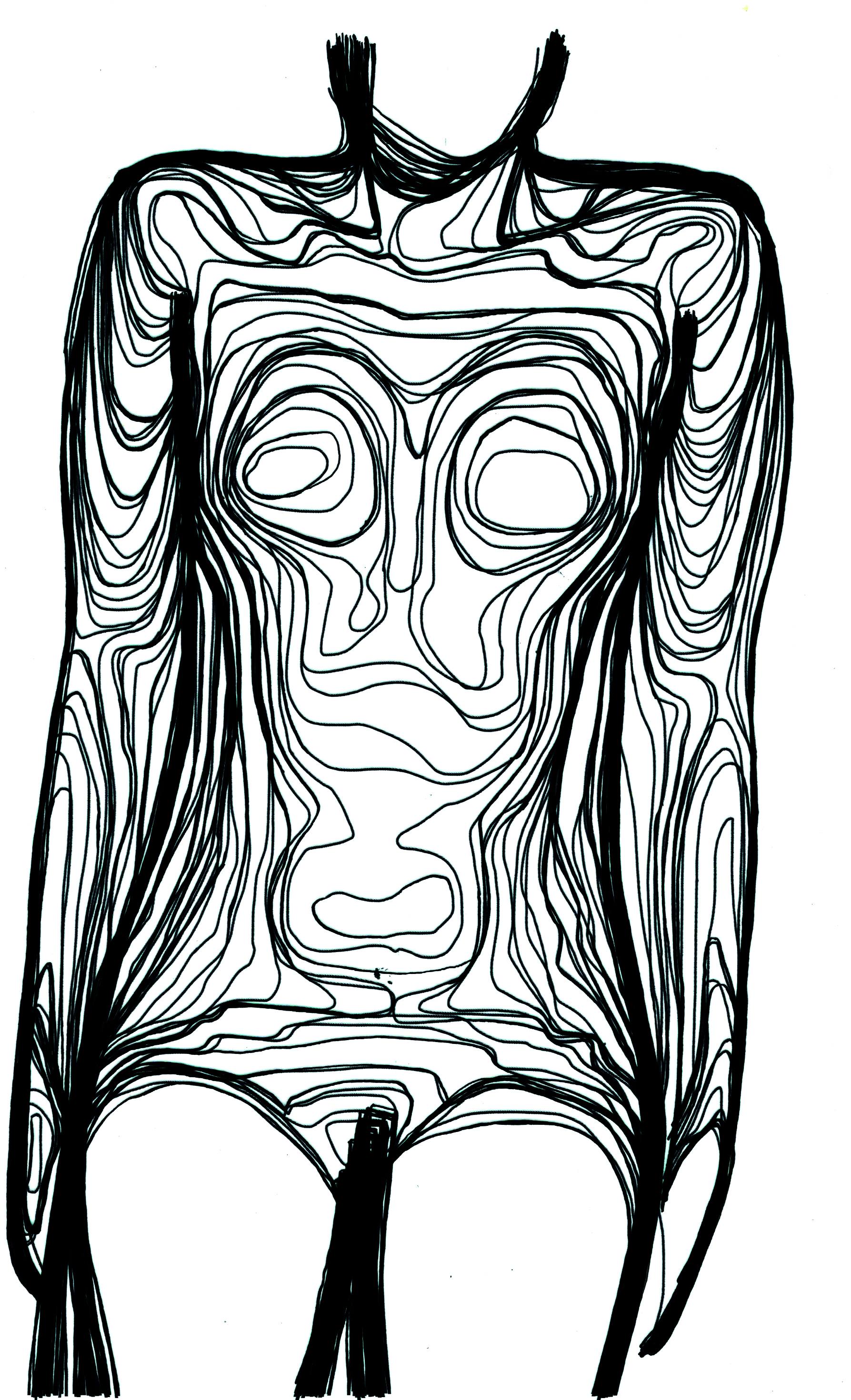 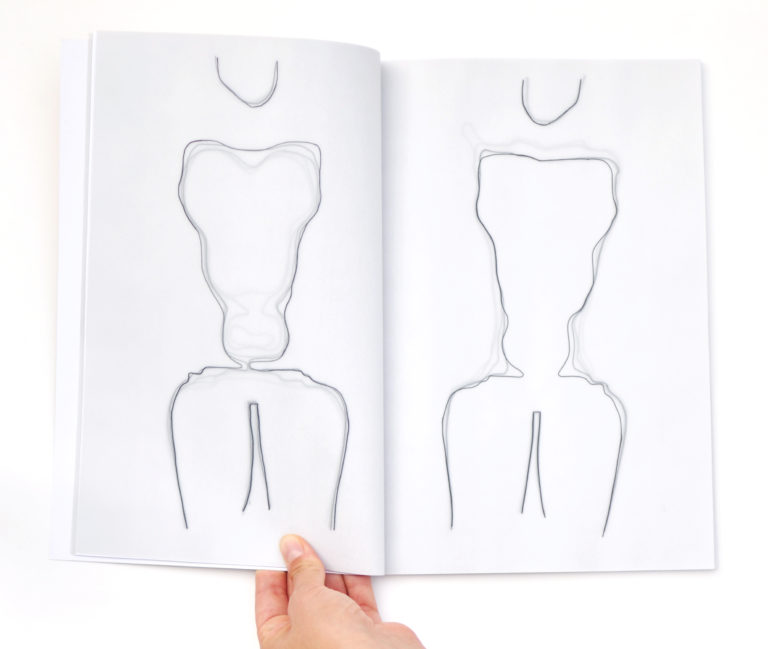 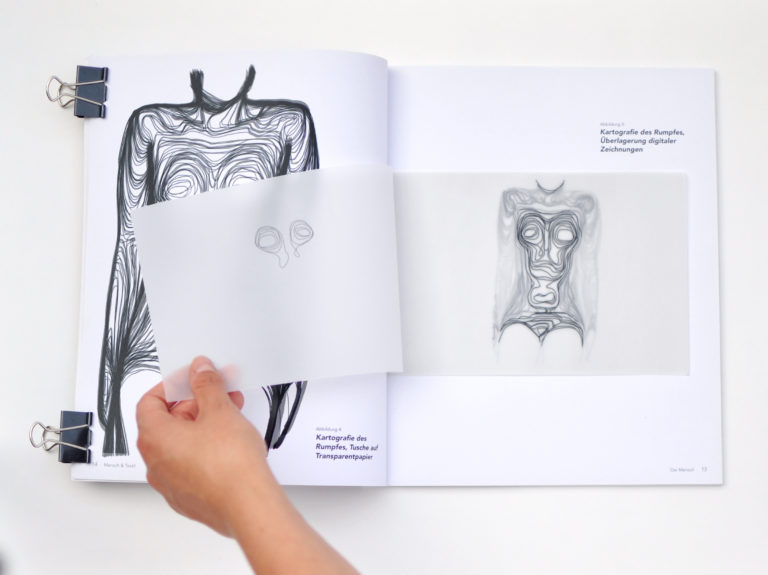 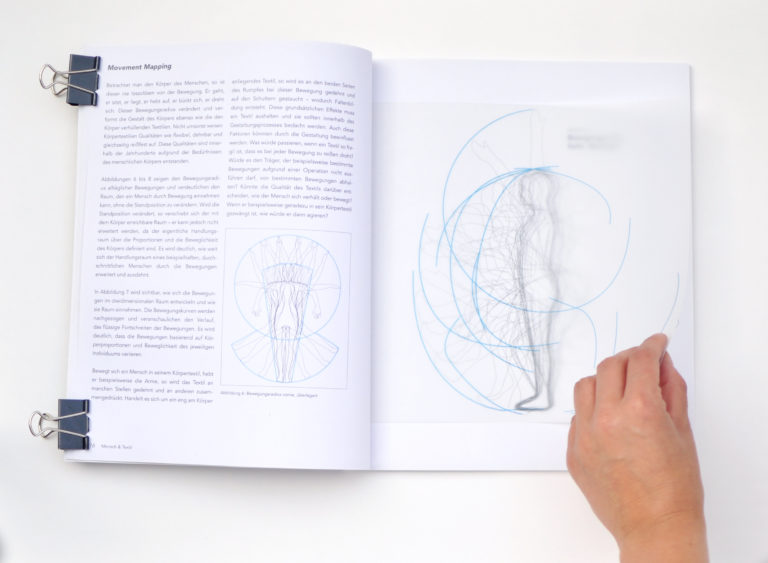 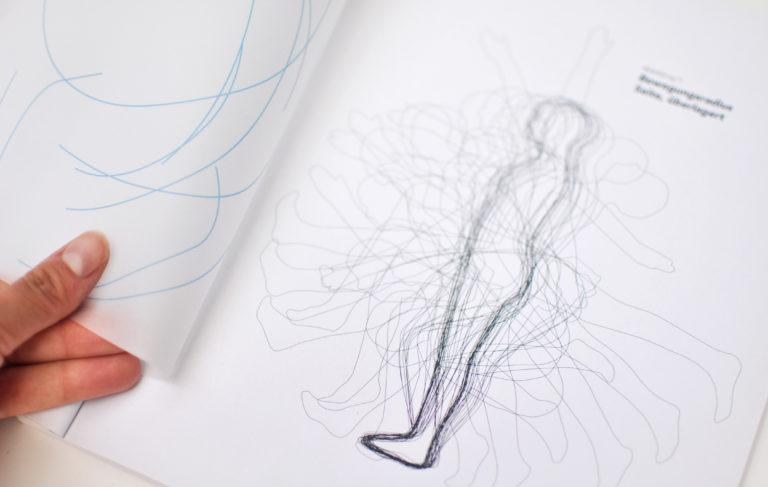